Posted on September 3, 2012 by rosedixon

I remember watching “Flipper” on TV as a child. If  he is not familiar to you, research him  on Wkiipedia.  Flipper, a wild dolphin was a family friend of the Ricks family.Like all dolphins, he was ultra intelligent  and he helped with law enforcements on the preserve and  to rescue  people at sea. I loved watching him and used to sing the Flipper Song as a child. That programme taught a generation to love and respect dolphins.

A friend and some other people have been protesting outside the Japanese Embassy in London recently against the massacre of dolphins in Taiji, a coastal town in Japan.  Thousands of dolphins are brutally slaughtered and the sea horrifically turns crimson into a sea of blood, a Red Sea.

Some poor dolphin detainees are sold to aquariums to become prisoners of the entertainment industry and have to perform inane tricks forever parted from their sea. Most are hacked to bits to to end up on someone’s fancy platter

The intelligence and altruism of these animald are well documented.The Independent on 21/2/12 ran an article that said marine biologists and philosophers united to support a controversial declaration of rights for whales and dolphins on the grounds that their astonishing intelligence and emotional empathy puts them on a par with humans.Research into the behaviour of whales, dolphins and porpoises reveals that  these sea mammals are so highly evolved and complex in terms of their behaviour that they deserve special protection with a universal bill of rights.

The proponents of the bill of rights argue the cetacean mind is so advanced and self-aware that whales and dolphins should be classified as “non-human persons” who deserve the right to life, liberty and wellbeing.

“The captivity of beings of this sort particularly in conditions that would not allow for a decent life is ethically unacceptable, commercial whaling is ethically unacceptable. You can’t say its all about the size of the population. We’re saying the science has shown that individuality, consciousness, self-awareness is no longer a unique human property. That poses all kinds of challenges.” (ref www.independent.co.uk/…/whales-and-dolphins)on 21/2/12

The declaration of rights for cetaceans says  that every individual dolphin, whale and porpoise has the RIGHT to life and liberty and that not only should they not hunted and killed, but they should not be held captive or as slaves or subject to cruel treatment. It furthers  that no cetacean can be the property of any individual or government and asks  for the legal protection of their natural environment and a ban on any activity that disrupts their “cultures”, which could include underwater military sonar that disturbs their acoustic communications.

In 1978  Dr. David Nathanson started Dolphin Assisted Therapy (DAT) . This is  employed as a therapeutic approach to increase speech and motor skills in patients who have been diagnosed with developmental, physical, and/or emotional disabilities,including  Downs syndrome and autism. The dolphins show such unconditional love and support that it has been proven to benefit children and other mentally ill patients by helping them to learn to trust. It is  also a popular therapy for handicapped adults..

There have been lots of discussions among the professionals but scientists however are looking into the possibility that the sonar of the dolphins can actually trigger the healing process by increasing T-cells and endorphins.

In some cases, scientists have suggested that dolphins actually have the ability to target areas in the human body with their sonar and repair damaged tissue.

When I went to learn Reiki recently the Reiki Master mentioned that Reiki works with different kinds of energy and that there are some practitioners who are learning to share Reiki using the Dolphin frequency. The Reiki attunement that I had comes from the Japanese Usui Lineage for crying out loud.Mikao Usui (Usui Sensei), founder of the Reiki System of Healing

On the website dolphinsworld.com there is a photograph of a dolphin on a mineclearance operation with a locator beacon, helping the US Navy (go to the site. I did not use the photo as protected by copyright)

So the dolphin even serves the military to protect human lives. although it seems that there are criticims which are putting a stop to those practices. What a shame that we do not repay them by protecting them from slaughter or a horrendous life after capture.

These are beautiful noble creatures who could teach us so much about community and altruism.  Why do we as as supposedly a civilzed race have to be so barbaric ezpecially to a species that has shown us such friendship? 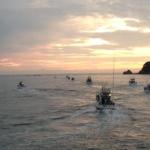 If you want to contact the Japanese Embassy to urge them to stop this barbaric activity thier website is http://www.uk.emb-japan.go.jp/

Hello. I am a Registered Hypnotherapist, Reiki Master in the Usui/Tibetan Ryoho Tradition and a Certified Animal Reiki Practitioner. I have given Tarot and Psychic Readings for over 30 years. I have an MA in Psychoanalysis after studying language, symbols, dreams and the unconscious. I founded the School Of Wyrdynamics SOW, which is a school of thought whose intention is to study wyrd and patterns in my own and others' life unfoldments in order to create a healthier and more fulfilling life by maximising choices and positive potentials. Apart from above, other interests are Sociology, Quantum Physics, Qabalah, Ritual and Magickal Theory, Gematria, Animal Welfare and causes...To Be or Not to Be You. That is the Quest and I have lots of tools to help you to uncover and direct your patterns to become the best you.
View all posts by rosedixon →
This entry was posted in Animal Work, Dolphin, Taiji Cove and Related Information, Taiji Terror Tales and tagged dolphins, Flipper, japan, Taiji Cove and Related Information, whales. Bookmark the permalink.