We woke up this morning to reports from the Guardian saying that the Government were expected to announce that the cull will be delayed until at least next year.

Those beautiful badgers can sleep safe in their setts. For now. People thought we would not get a delay.  It is never too late. If you know something is wrong, keep the pressure on.

But this is just a battle that is over but we still need to win the war. The government often use these delaying tactics to stop the momentum. But we are aware of that. The League Against Cruel Sports are still going ahead with the Badger Boat along the Thames and people, including myself are going to Parliament tomorrow to lobby their MPs. After that we will be tracking what happens and we will keep badgers in the public eye until this cull is permanently stopped. We have just put a toe in the water. The work must continue and we will make a big splash. 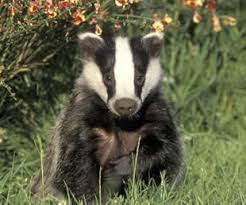 “Badger Cull: Cases For And Against

The badger cull has been delayed by a simple counting exercise that went badly wrong.

Just days before the cull was due to start in Gloucestershire and Somerset, fresh research showed there were twice as many badgers living in the areas than previously thought.

That left farmers with an impossible task. They had to cull 70% of badgers within six weeks, or risk badgers spreading bovine tuberculosis to other areas.

But badgers tend to stay underground over winter, further reducing the time they had to complete the cull.

So it will now be the spring, at the earliest, before a cull will start.

The Department for the Environment, Food and Rural Affairs (Defra) says it is still committed to a cull.”

There is still work to be done.

Hello. I am a Registered Hypnotherapist, Reiki Master in the Usui/Tibetan Ryoho Tradition and a Certified Animal Reiki Practitioner. I have given Tarot and Psychic Readings for over 30 years. I have an MA in Psychoanalysis after studying language, symbols, dreams and the unconscious. I founded the School Of Wyrdynamics SOW, which is a school of thought whose intention is to study wyrd and patterns in my own and others' life unfoldments in order to create a healthier and more fulfilling life by maximising choices and positive potentials. Apart from above, other interests are Sociology, Quantum Physics, Qabalah, Ritual and Magickal Theory, Gematria, Animal Welfare and causes...To Be or Not to Be You. That is the Quest and I have lots of tools to help you to uncover and direct your patterns to become the best you.
View all posts by rosedixon →
This entry was posted in Animal Work, Badger Cull and tagged Badger, cull, DEFRA. Bookmark the permalink.