Jim Clubb, owner of Amazing Animals, yesterday confirmed he had provided the lions to the circus – saying it was ‘business.’

He said: ‘We did receive the lion cubs from West Midlands Safari Park and provided them to the circus in Japan.

‘There is nothing illegal or underhand about this whatsoever. I will not discuss our financial arrangements but we are a business of course.

‘I have no idea whether West Midlands Safari Park knew the lions would be going to the circus, that is a matter for them. I will not go into the arrangement we have with them.’

The safari park – which attracts 1.3 million visitors each year – confirmed they had ‘sent’ white lions to Clubb ‘in good faith.’

There were four of these precious animals. Three are left in the circus as one developed a nervous condition called autonomic ataxia which led to its mane falling out. He was moved to a zoo in Western Japan.

CAPS, the Captive Animals Protection Society and Lion Aid took footage showing Amazing Animals (which also goes by the name Heythrop Zoological Gardens) training them. They then received information that these lions had been supplied to Amazing Animals by West Midland Safari Park. They  were due to be shipped to Japan to join the Kinoshita Circus later  that year.  Lion Aid has proved that import and export records match with the information provided, and it has been established that West Safari Park are the only ones who had that number of white lions to supply. To read more go to :http://www.captiveanimals.org/news/2012/11/exposed-uk-zoo-is-source-of-inbred-lions-used-in-japanese-circus

“The British and Irish Association of Zoos and Aquariums (BIAZA), a body which represents the UK’s zoo community, has confirmed it will look into the situation.

A statement said: “The claims against West Midland Safari Park will be investigated. Breaches of our membership obligations are taken very seriously.If these claims are substantiated, action will be taken.”

BIAZA’s membership policy says animals should not be sent to circuses. Liz Tyson, CAPS director, said: “What the zoo [safari park] means by stating the animals were supplied in ‘good faith’ is unclear, given that Amazing Animals openly trains and supplies animals to the circus industry.”

If you look at the Global White Lion Protection Trust website you will see that there are only about 500 white lions left in the world and that most of them are in captivity. One good thing. Geri Haliwell is a supporter of the Trust. She says

“I’m very proud to be supporting the Global White Lion Protection Trust. There is nothing more important for an animal than being in its natural habitat and the charity does an unbelievable job ensuring that this is possible for the white lions. They are extraordinary, beautiful creatures and I feel passionate about ensuring their conservation”

I wonder what she would think about them being in a Japanese circus. I decided to tweet her and find out. I will update you 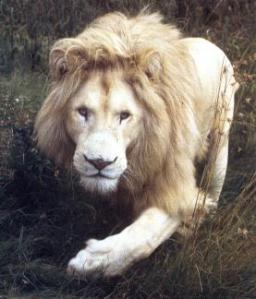 If you have read any of my Taiji Cove posts you will know that I am very passionate about trying to bring about an end to the capture (and slaughter) of dolphins there. These dolphins are then trained in pens in the Cove area and sold to Dolphin Shows. Now, we have a UK business man doing deals with a Japanese Circus involving rare white lions. The craziness of that just makes me scratch my head and think “Houston, we have a problem…with being taken seriously by the Japanese animal entertainment sector”

There is a Prayer circle to support sacred white lions founded by http://www.corelight.org
Participants think of the white lions and say this once daily. Many people in South Africa, USA and UK are involved.

May all lions be free and flourish in their natural habitat
May all humans respect and love the lions’ wild integrity
May lions always be present on Earth.
May we always acknowledge their beauty and power,
And the stability they create within the web of life.
We honor them and send them love.

Hello. I am a Registered Hypnotherapist, Reiki Master in the Usui/Tibetan Ryoho Tradition and a Certified Animal Reiki Practitioner. I have given Tarot and Psychic Readings for over 30 years. I have an MA in Psychoanalysis after studying language, symbols, dreams and the unconscious. I founded the School Of Wyrdynamics SOW, which is a school of thought whose intention is to study wyrd and patterns in my own and others' life unfoldments in order to create a healthier and more fulfilling life by maximising choices and positive potentials. Apart from above, other interests are Sociology, Quantum Physics, Qabalah, Ritual and Magickal Theory, Gematria, Animal Welfare and causes...To Be or Not to Be You. That is the Quest and I have lots of tools to help you to uncover and direct your patterns to become the best you.
View all posts by rosedixon →
This entry was posted in Animal Work, Taiji Terror Tales and tagged animal welfare, japan, League Against Cruel Sports, White Lions. Bookmark the permalink.