Day Three For The Bottlenose Dolphins in Taiji Cove – Has the Cavalry arrived? 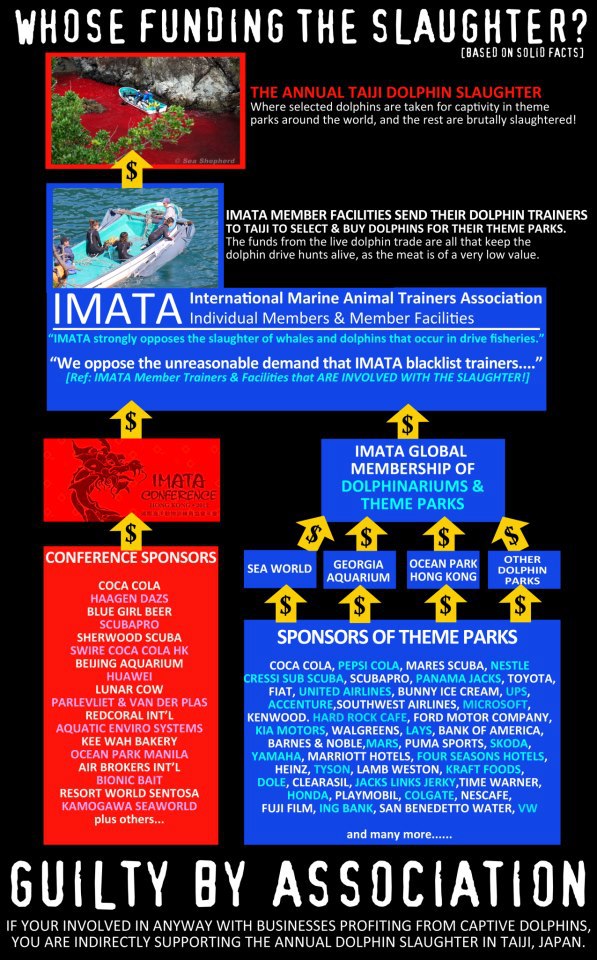 The selection process continued today.  Mainly juveniles have been taken into captivity, probably because they are easier to train and the trainers might assume that they will have a longer lifespan so be worth more. Who knows what goes on in the minds of these people? Their thinking is not anywhere near to being similar to mine.

This is what Sea Shepherd Cove Guardians reported from the Cove early this morning :

Taiji: 28 dolphins have been taken so far today- 60 including yesterday’s! #tweet4taijihttp://taiji.ezearth.tv

Taiji: 2 dead bodies have just been found by divers and taken out from within the cove #tweet4taiji http://taiji.ezearth.tv

These two dolphins were panic stricken and got entangled in the net and drowned.

So the situation at present is that there are 38-40 bottlenose dolphins still left in the Cove, probably terrified after what they have been through and witnessed. Hopefully numb. I am not sure if they have had any food as the entrance out to sea has been netted to keep them in so logically nothing can get in either.

There might be a bit of good news today. Enson Inoue is a Japanese American mixed martial artist. He has intervened previously to get dolphins moved to larger facilities and to get rejected ones sent back out to sea. He is in Taiji and is optimistic about a meeting that he had with the Mayor.

The source of the photo and information is the Enson Inoue page on Facebook.

Is the cavalry  on the Taiji horizon instead of killing boats in drive formation?

We do not know what was discussed and how it will affect the dolphins that are held in the Cove but we are hopeful that it will be positive. I will update you.

Hello. I am a Registered Hypnotherapist, Reiki Master in the Usui/Tibetan Ryoho Tradition and a Certified Animal Reiki Practitioner. I have given Tarot and Psychic Readings for over 30 years. I have an MA in Psychoanalysis after studying language, symbols, dreams and the unconscious. I founded the School Of Wyrdynamics SOW, which is a school of thought whose intention is to study wyrd and patterns in my own and others' life unfoldments in order to create a healthier and more fulfilling life by maximising choices and positive potentials. Apart from above, other interests are Sociology, Quantum Physics, Qabalah, Ritual and Magickal Theory, Gematria, Animal Welfare and causes...To Be or Not to Be You. That is the Quest and I have lots of tools to help you to uncover and direct your patterns to become the best you.
View all posts by rosedixon →
This entry was posted in Dolphin, Taiji Terror Tales and tagged Death, dolphin, japan, Taiji Cove and Related Information. Bookmark the permalink.