What is Divination by Tarot, clairvoyance etc? Does it “fix” the future? NO. Here’s why.. 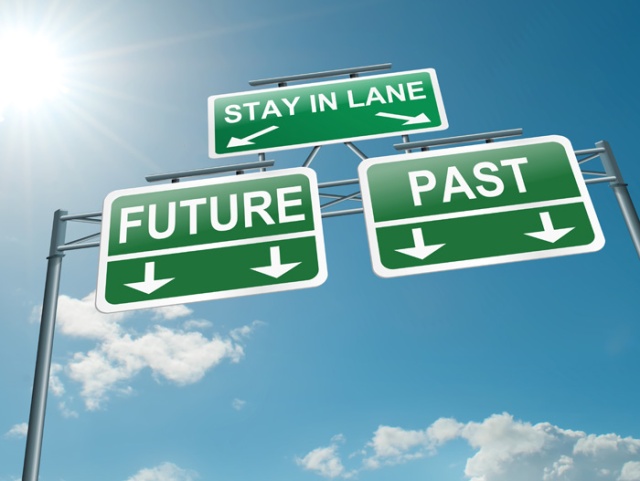 When people come for readings they are looking for concrete information about what is approaching them on the horizon as though they are an image of themself to be painted on the canvas of their fixed future. This why they want exact descriptions of people and dates as though the whole world solidifies at some point to fit them in at an exact time and exact place.

We live in a participant observor universe. What exactly does that mean ? To observe means to watch. We are seeing the world from our point of view, with us at the centre. It is not us at the centre of the cosmos in its entirety but us at the centre of the cosmos that we perceive as our reality.  Some people choose to perceive themselves in a small cosmos and some in a larger one. I mentioned in another blog that a friend of mine once told me that I should not venture out of the locality but should get to know everyone and everything about the community without leaving the borders. She is living a full life but within the small community. That is not how I perceive my sphere of reality. I like to go further. Neither of us are wrong. It is just a different perception of reality driven by a different intent about what we want to do with our lives. She was making an observation on my life. I was making a different observation on my life. She was looking at variables. I was looking at different variables. We all observe each other and everything/happening like objects.

To participate means to actively take part in, to act. There are myriad ways of taking part in something. To not act but observe may actually be taking part. If a participant is sensitive to you being an observer and becomes self conscious of being observed, their behaviour changes or if they want to influence your observation, they may adapt their behaviour. This is what my daughter calls “styling it” We are participant observers all of the time. Think on this. Even if we do not go somewhere we are still having an effect as our being there may have changed how things unfolded even at a miniscule level. Think on that.

I am very interested in quantum physics as I think it is exploring the answers to a lot of questions (but of course the fact that quantum scientists are getting a handle on the quantum is probably changing the nature of quantum unfoldings and changing human thinking too) I believe that it can explain what happens during a tarot/clairvoyant/psychic consultation.

I found this fascinating article in physicsworld.com about a thought experiment in quantum physics outlined by Yakir Aharonov and his colleagues of Tel-Aviv University in Israel.They were asking whether the future can affect the past. They decided that it can if you take a weak look at the way things are heading in the future without doing something concrete to collapse it into a definite single outcome. It led me to look at readings in that light. I am going to quote the observations that I feel are useful when enquiring about what actually happens during a reading into the future.

Things are not determined until we actually decide and say “That is it!”

Aharonov and his co-workers describe an experiment for a large group of entangled particles. They argue that, under certain conditions, the experimenter’s choice of a measurement of the states of the particles can be shown to affect the states that the particles were in at an earlier time, when a very loose measurement was made. In effect, the earlier “weak” measurement anticipates the choice made in the later “strong” measurement.

The work builds on a way of thinking about entanglement called “two-state vector formalism” (TSVF), which was proposed by Aharonov three decades ago. TSVF considers the correlations between particles in 4D space–time rather than 3D space. “In three dimensions it looks like some miraculous influence between two distant particles,” says Aharonov’s colleague Avshalom Elitzur of the Weizmann Institute of Science in Rehovot, Israel. “In space–time as a whole, it is a continuous interaction extending between past and future events.”

When someone comes for a reading we are looking at the present which is a continuous interaction extending from the past.

How can you find out about the particles without measuring them? TSVF shows that it is possible to get at the intermediate information – by making sufficiently “weak” measurements on a bunch of entangled particles prepared in the same way and calculating a statistical average.

I view readings as a glimpse into how things may be progressing. I have never believed that there is a fixed outcome. It is possible for some to make a prediction of the likeliest outcome, using some kind of statistical average. Through my sociological studies I know that it is possible to predict how someone is likely to arrange their future based on their history, their education, which really describes what options they were told about, what expectations of their life they were introduced to which is called in sociology speak “the hidden curriculum”; my studies within psychoanalysis have showed me ways in which the unconscious collapses wave functions and makes us react in patterned ways without us being consciously aware of the script that we are following. Then you have the peer group around the individual who often play an enormous participant observer part in their friend’s, family members or co-workers’ life choices.

When people come for  a reading they have specific questions, i.e they are planning on collapsing a wave function into one particle, one outcome or they are wavering between two/three options that relate to a specific part of their lives. I like to remind people that there is a lot more to their lives than those aspects which they tend to focus on and to give them a broader snapshot of other things that may be unfolding. I am using the words “may be” not as any kind of disclaimer, but because nothing is cast in stone and I want to empower the individual and encourage them to re-member their  myriad possibilies for creating their future. I have long been looking for a concept/word to describe what we are actually looking at in a reading and the theory of “weak measurement” fits nicely with what I am thinking it is. By using the word “weak” I do not mean very unlikely to come about, but that we are just taking a weak glimpse at it, not seeing it as a certainty and seeing it as concrete. We are not collapsing the wave function. Why ? We still want to look at the other possibilities that are unfolding and do not to exclude them as potentials at this point.

The theory of weak measurement – first proposed and developed by Aharonov and his group in 1988 – dictates that it is possible to “gently” or “weakly” measure a quantum system and to gain some information about one property (say, position) without appreciably disturbing the complementary property (momentum) and therefore the future evolution of the system. Though the amount of information obtained for each measurement is tiny, an average of multiple measurements gives an accurate estimation of the measurement of the property without distorting its final value.

Each weak measurement can tell you something about the probabilities of different states (spin value up or down, say) – albeit with a lot of error – without actually collapsing the particles into definite states, as would happen with a strong measurement.

There is so much to think about here. If the past affects future, then the present may be defined as participating action that we take to nudge into being a desired interface between past and future.

If the classical model of physics does not determine the choices/fixed permutations that nature produces then who/what does?

WE do WITH nature. We are nature too.We so often forget that. We are a part of nature. We are not outside of nature even when we are observing or studying it. We are part of it. The classical model of physics, i.e fixed causes lead to fixed outcomes/effects is one of the attempts of us to undestand how nature/us come to be and emerge. Nature chooses and we choose because we are one and the same.

So, if you play your cards right, readings and anything of a spiritual futuristic inquiry should be approached in a spirit of exploration of all possibilities and wonder. It should not be an attempt to close off futures into neat little boxes. You should go away with more questions than answers.

Hello. I am a Registered Hypnotherapist, Reiki Master in the Usui/Tibetan Ryoho Tradition and a Certified Animal Reiki Practitioner. I have given Tarot and Psychic Readings for over 30 years. I have an MA in Psychoanalysis after studying language, symbols, dreams and the unconscious. I founded the School Of Wyrdynamics SOW, which is a school of thought whose intention is to study wyrd and patterns in my own and others' life unfoldments in order to create a healthier and more fulfilling life by maximising choices and positive potentials. Apart from above, other interests are Sociology, Quantum Physics, Qabalah, Ritual and Magickal Theory, Gematria, Animal Welfare and causes...To Be or Not to Be You. That is the Quest and I have lots of tools to help you to uncover and direct your patterns to become the best you.
View all posts by rosedixon →
This entry was posted in Dreams, Language and The Unconscious, Magic and Quantum Physics Musings, Magickal Workings, Reiki and Energy Work, SOW School Of Wyrdynamics, Tarot and tagged Magickal Working, meditation, quantum physics, SOW School Of Wyrdynamics, The Tarot, the unconscious. Bookmark the permalink.

2 Responses to What is Divination by Tarot, clairvoyance etc? Does it “fix” the future? NO. Here’s why..