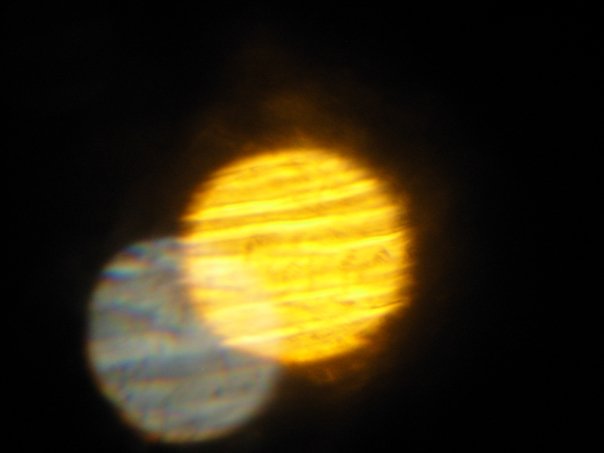 (The picture is actually of a crystal ball and the Moon that I took but hey ho they can be a representation. It’s all about light…)

An eclipse takes place when the orbits of the Moon and  Earth align closely enough with the Sun and the Moon to interfere with and  block the light of the Sun from the Earth  (a Solar Eclipse), or the Moon (a Lunar Eclipse). There is a monthly  New Moon and eclipses happen biannually, every six months.

This month stages a Solar Eclipse as the Moon will be  exactly between our Sun and Earth so will block the solar light  from the Earth.

With any eclipse energy, that which is concealed will come to light so be prepared for your secret desires to hit the surface and be ex secrets. The effects may manifest as you breaking away from a relationship/situation that no longer aligns with your needs, or you may encounter changes beyond your control. Change is in tune with natural forces as nothing is constant and the coming  six months will help you to adapt and assimilate the new, disentangle your feelings and and free more mental space and energy for new options

The degree of this eclipse is opposite 19 degrees of Scorpio, which used to be regarded as an unfortunate degree of Scorpio. But pay no heed to that. It is an intense degree and with  Mercury cosying up to the New Moon, just be aware that remarks and subjects brought up  will have a longterm effect and the effects will stick like glue. In the beginning of this deep transformational period was the Word…and words are powerful…

But these things are likely to have been festering deep inside your dark core and have sought other ways of reaching the surface. It has taken a lot of energy to keep these wolves from the front door so when these issues come to light there will be a sense of relief and release. Better out than in. If you still try to keep the lid on your mouth and prevent it from articlutaing your concerns then these thoughtforms will find another outlet and burst upon the scene in Freudian slips or rashes on the skin (irritations/ getting under your skin) etc.

Hello. I am a Registered Hypnotherapist, Reiki Master in the Usui/Tibetan Ryoho Tradition and a Certified Animal Reiki Practitioner. I have given Tarot and Psychic Readings for over 30 years. I have an MA in Psychoanalysis after studying language, symbols, dreams and the unconscious. I founded the School Of Wyrdynamics SOW, which is a school of thought whose intention is to study wyrd and patterns in my own and others' life unfoldments in order to create a healthier and more fulfilling life by maximising choices and positive potentials. Apart from above, other interests are Sociology, Quantum Physics, Qabalah, Ritual and Magickal Theory, Gematria, Animal Welfare and causes...To Be or Not to Be You. That is the Quest and I have lots of tools to help you to uncover and direct your patterns to become the best you.
View all posts by rosedixon →
This entry was posted in Dreams, Language and The Unconscious, Magickal Workings, Moon. Bookmark the permalink.