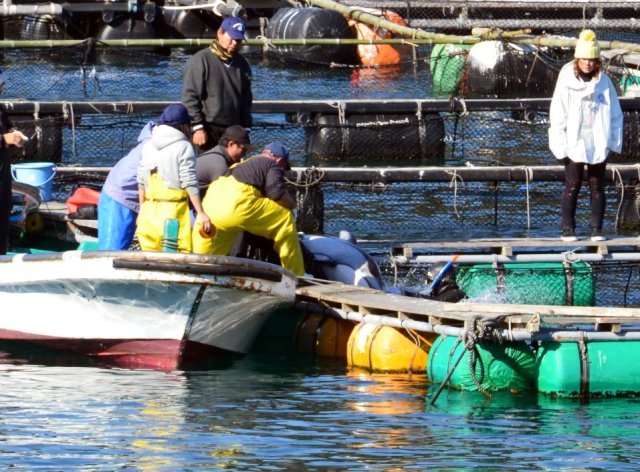 “This morning, the dolphin killers discovered a large pod of Pacific White Sided dolphins several miles south of Taiji. After several attempts to escape, the killers managed to trap 3 of these dolphins within a net enclosure just outside of Taiji harbor. An adult female and two juveniles were trapped within nets, https://rosedixon.wordpress.com/wp-admin/post-new.phptransferred via skiffs and dumped into one of the Taiji harbor captive pens. Dolphin Resort trainers were present during the transfer and were seen attempting to feed these dolphins afterward.
These dolphins will most likely be trained here in Taiji and then sold to one of the many dolphinariums or marine parks around the world. The captive process is cruel and heartless as these three dolphins have been ripped from all that is natural to them and forced into a life of imprisonment.”

To help dolphins like these please go to Petitions : Taiji Cove Petitions

Hello. I am a Registered Hypnotherapist, Reiki Master in the Usui/Tibetan Ryoho Tradition and a Certified Animal Reiki Practitioner. I have given Tarot and Psychic Readings for over 30 years. I have an MA in Psychoanalysis after studying language, symbols, dreams and the unconscious. I founded the School Of Wyrdynamics SOW, which is a school of thought whose intention is to study wyrd and patterns in my own and others' life unfoldments in order to create a healthier and more fulfilling life by maximising choices and positive potentials. Apart from above, other interests are Sociology, Quantum Physics, Qabalah, Ritual and Magickal Theory, Gematria, Animal Welfare and causes...To Be or Not to Be You. That is the Quest and I have lots of tools to help you to uncover and direct your patterns to become the best you.
View all posts by rosedixon →
This entry was posted in Dolphin, Taiji Terror Tales and tagged japan, Taiji Cove and Related Information, whales. Bookmark the permalink.